Everyone knows which liberal arts colleges are ranked at the top by major publications – places like Amherst, Bowdoin, Williams, and more.

However, what schools do students themselves rate the very highest?

After all, public reviews of a school are crucial when selecting the right college. The best way to find out if a school’s environment, culture, and philosophy align with yours is to hear other people’s experiences and knowledge of a given school.

Today, we present to you with a ranking of the highest-rated colleges in the country according to student reviews.

These are the criteria to be considered for this list:

Secondly, we are judging the student review rating by an individual school’s Reviews page on Facebook. Ratings are on a 1-5 scale and can be posted by anyone, though it is most often students, alumni, and parents. Most schools researched fall between 4.2 – 4.6 in their rating, however the schools on this list were all higher.

It is important to consider that not every school has their own reviews page associated with their public profile, so schools that do not have a reviews page are excluded from this ranking.

Third, to ensure enough data, a school must have at least 150 reviews to make this list.

Because there are many schools that have the same aggregate review score, schools with more total reviews will be ranked higher on this list.

If two schools have both the same number of reviews and the same aggregate score, then we will use the higher score from Niche.com as the tiebreaker.

Here are the 15 highest-rated colleges according to student reviews:

We start our list with a Christian liberal arts school in Georgia known as Covenant College. For a school with just 1,100 total students, Covenant is unusually diverse, housing a student body from over 25 countries.

What makes Covenant special is the close interaction students have with faculty at the school. The class sizes are a comfortable 13:1, ensuring every student has significant 1-on-1 time with their professors.

Additionally, the school is a great fit for the student who desires not only a small, private college experience, but also an environment devoted to Christian faith. Inside the school’s signature building, Carter Hall, are not only a number of classrooms and administrative offices, but also an on-campus chapel.

A historic liberal arts college with approximately 1,400 students, Centre College is one of the nation’s finest schools perhaps best known to the public as the scene of the nationally televised 2000 and 2012 Vice Presidential Debates.

However, what makes the school special is not just its association with major politics, but rather how this college shapes the future of their students.

In his classic text Colleges That Change Lives, New York Times educational writer Loren Pope outlined Centre College as just one of 40 liberal arts schools to offer an experience just as good as – or even superior – to that of the Ivy League schools.

An important HBCU based in Mississippi, public reviews of Rust College consistently say the same thing: when you attend Rust College, you are not just a student, but a part of their family.

The college has a strong affiliation with the Methodist Church, making it a great fit for a student seeking a school with a strong devotion to faith.

Rust College is just one of 10 HBCUs founded before 1868 operating today.

Here Are the 10 Best East Coast Colleges in the US The 15 Highest-Rated Colleges According to Student Reviews
Here Are the 10 Best East Coast Colleges in the US
What is a Liberal Arts College? Definition, Ranking, and More 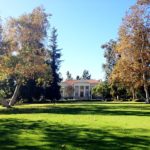