Sometimes, the best things in life are hidden gems – outstanding, yet not everyone knows about them.

The same applies to colleges – many schools are equally excellent to universities that are widely known throughout the world, but for some reason do not always make the top ranking lists normally published by online journals and magazines.

Today, we look at a specific region of the country, the southeast, and talk about some amazing hidden gem colleges.

Below is our list of the top 10 hidden gem universities in the southeast. In an effort to include more schools on our website, all the schools on this list are unique from other “hidden gem” lists we have published in the last 6 months.

These schools deserve to be recognized for their strong academic programs, community engagement, and student body success.

Nestled in the heart of Miami Shores, Florida, Barry University is one of the largest Catholic universities in the Southeast. The school boasts over 50,000 alumni worldwide, with the likes of presidents, prime ministers, and superstar athletes proudly claiming Barry University as their alma mater.

Students at Barry often cite the sheer amount of ethnic diversity on campus as a strong catalyst to learning, as well as personal and professional development.

They aren’t the only ones taking notice – Barry University has been consistently ranked as one of the top 20 schools in the country for Campus Ethnic Diversity by US News & World Report with nearly 75% of the student body identifying as an ethnic minority.

Furthermore, there are few universities in Florida that are better for prospective students looking for high paying jobs after graduation. Graduates from Barry University are the third-highest salary earners amongst all private nonprofit universities in the entire state of Florida.

Radford University, known in the area for its beautiful red-brick Georgian style buildings, is one of only 8 public institutions within the Commonwealth of Virginia granting doctorate degrees. With 7 colleges scattered across the 204-acre campus, students have tons of career choices to choose from.

Research is a major part of academic life for interested students. Due to its uniquely small size, undergraduate students are offered research opportunities usually only afforded to graduate students at larger universities.

This is a large reason why The Princeton Review named it one of its Best Colleges and Universities in the Southeast.

Radford students attribute the strong sense of community and study abroad programs as a few of the many reasons they chose to spend four years at this Division 1 university.

The University of Alabama’s flagship campus in Tuscaloosa is known around the world for its dominance in SEC college football and epic tailgates with over 35,000 students in enrollment.

For those looking for more of a hometown feel, the Huntsville campus provides just that with all the perks of being under the umbrella of one of the largest university systems in the country.

The University of Alabama in Huntsville is regularly ranked as the single best university in the state based on the economic outcomes of its graduates.

This is clear as day when you account for alumni such as astronaut Jan Davis and Discovery Channel founder John Hendricks who graduated from UAH years ago and continue to give back to this day.

The university’s over 500-acre campus includes several high-tech research centers and labs is the anchor for the second-largest research park in the country with strong connections to federal agencies such as NASA, HudsonAlpha, and the Missile Defense Agency.

The 10 Best Naval Colleges in the US

Discover 10 Amazing Colleges for Jewish Students in the US

Discover 10 of the Best Colleges in New England

Here Are the 10 Best Colleges in the South

The 10 Best West Coast Colleges in the US

Check Out the Best Universities in Perth 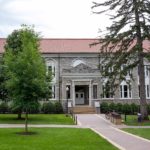